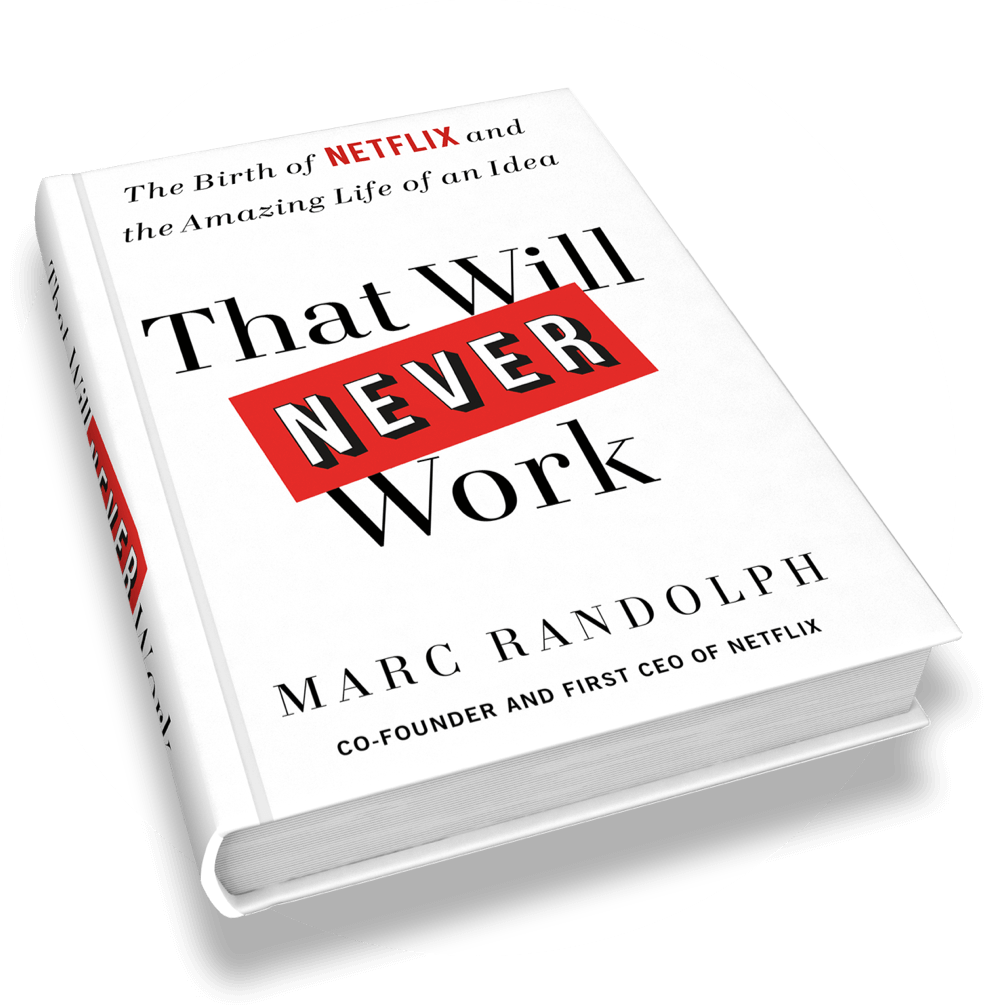 Marc Randolph is a incredibly charismatic. In fact, if I were to build a list of top business people to follow on Tiktok, he’d be listed high. Much like his TikTok, his book That Will Never Work, the story of Netflix, is light-hearted and entertaining.

There’s a unique aspect to That Will Never Work by Marc Randolph that you don’t typically see in business autobiographies. When the book starts, both Marc Randolph and Reed Hastings, the co-founder and long-time Netflix CEO, are already successful. Reed especially, who has also accomplished the rare feat of being involved in the sale of a company, with Pure Altria. Ultimately after numerous ideas, and many car rides together brain storming, the two ended up founding Netflix, initially with the author of the book, Marc Randolph, as the CEO.

Of course, the greatest failure mentioned in the book may be on the side of Blockbuster, who turned down acquiring Netflix for just $50 million. 20 years later, and Netflix now has a market cap of $100 bil+… and Blockbuster has a single store in Bend, Oregon.

One of the more fascinating aspects from That Will Never Work is the discussion about data collection and A/B testing. On a light-hearted — though perhaps somewhat disgusting — note they even tested behavior of employees. Execs at the company would occasionally throw change, sometimes even dollar bills, into the urinal and then casually monitor what amount it would take for people to reach in and grab it. If it weren’t for the fact that likely every early employee who may have ever had to reach into a urinal is now worth several millions, you could say this behavior is very ostentatious.

The user experience, driven by data, is what in my opinion separated Netflix from Blockbuster. Early on, when Netflix was just shipping DVDs, their algorithm had a goal to identify movies you would truly love. They wanted that 5-star rating. And their recommendation algorithm made the curation of your movies you wanted to watch enjoyable itself. I would argue today the goal of Netflix’s algorithm is to identify movies you will tolerate. Especially now that they’re producing content themselves — at a fixed cost — versus licensed movies which may come at a variable cost per viewing. Even the switch to a thumbs up or thumbs down rating system points to this.

Unlike Shoe Dog, the story of Nike, or Ride of a Lifetime, Bob Iger’s autobiography, That Will Never Work goes into the removal of Marc Randolph as CEO of Netflix. Reed Hastings, the co-founder, and lead investor of Netflix replaced Marc Randolph as the CEO using a Powerpoint. Randolph claims — likely jokingly — that he still gets PTSD anytime he sees a Powerpoint.

If you’d like more from That Will Never Work, I highly enjoyed the post by Sandro Maglione breaking the book down into 7 ‘bite-sized’ learnings.

FAQs about That Will Never Work by Marc Randolph

Is That Will Never Work a book on leadership?

Not in the way books like Bob Iger’s Ride of a Lifetime or How to Make Friends and Influence People are. With that said, there are many positive leadership attributes discussed, such as honesty and integrity. I’d start with those two books before reading That Will Never Work, if improving your leadership skills is the number one focus.

Is That Will Never Work by Marc Randolph available on Audible?

Yes, Marc Randolph even self-narrates That Will Never Work on Audible.

What business is discussed in That Will Never Work by Marc Randolph?

Marc Randolph writes about his time as the co-founder of Netflix, with Reed Hastings, in his book That Will Never Work.

What age is appropriate to read That Will Never Work by Marc Randolph?

It’s a business book – so obviously someone who is interested in business, and entrepreneurship. There’s nothing inappropriate discussed, beyond mention of pornography. Someone who 13-14 years old would easily be able to understand the book, though it may hold the attention of someone 16+ better.