Guide to London: Your first 24 hours 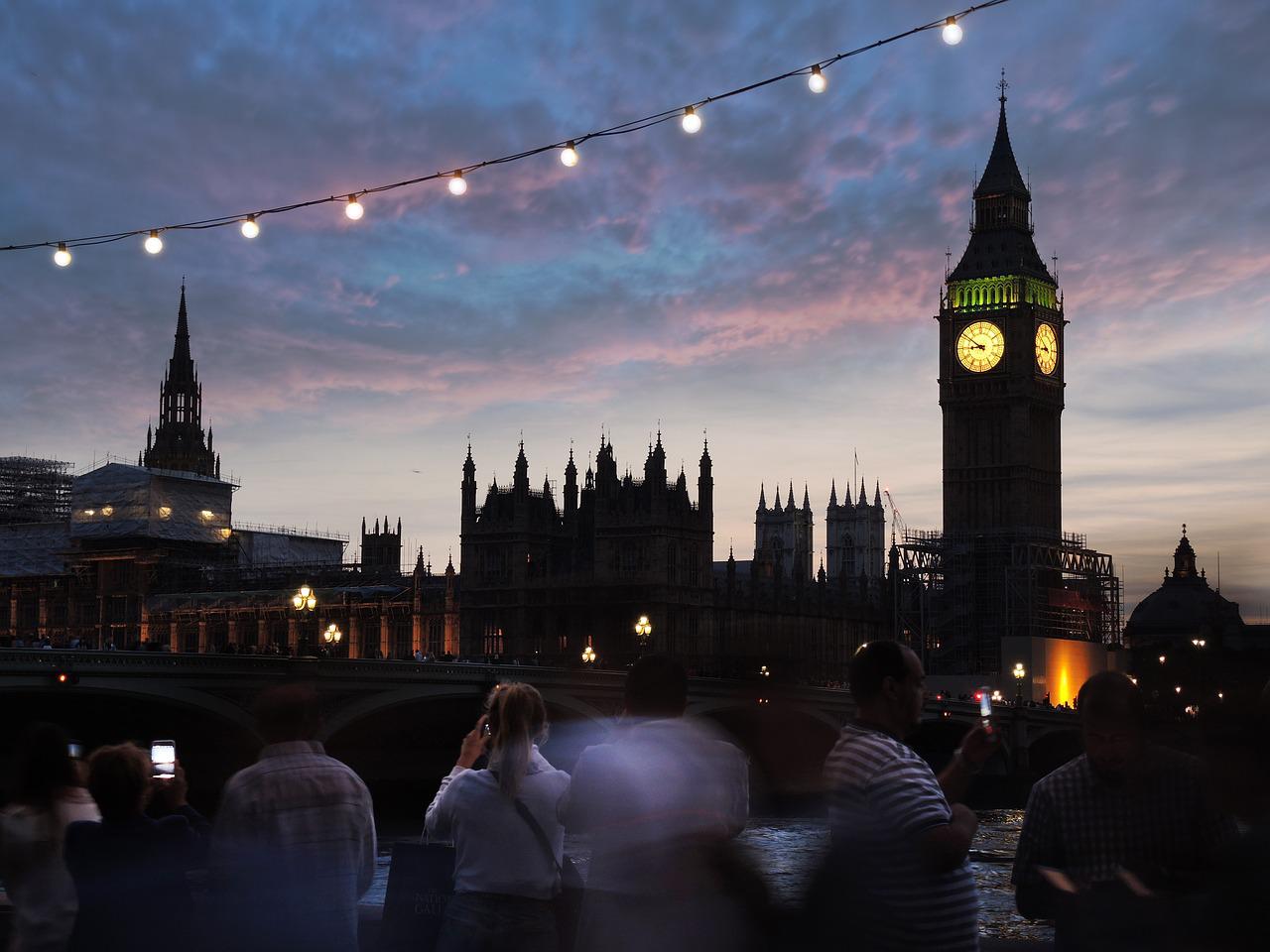 You’ve just flown for 8 hours from the USA and now you’ve arrived at London’s Heathrow airport. More than likely you’re caught in the immigration line, a rude welcome to England. How can you get to the center of the city? What’s your next move? What should you expect? Let’s get started with your guide to London.

Getting into central London from Heathrow Airport

There’s a few different ways to get into London from Heathrow airport. You get your mix of comfort, cost, experience.

Let’s hope you slept on the plane ride over. If it’s your first time traveling abroad, I’m going to guess you didn’t. Luckily we have adrenaline on our side and that’ll keep you going throughout the day. In our guide to London, we’re going for efficiency; a way to hit the tastiest bits of London without spending all your time on the tube.

It’s going to be a busy day, but we can do this. In addition to these sights, I also recommend:

Guide to Staying Safe in London

London is like any big city: there’s crime. There’s very little violent crime, and there is a citywide CCTV system which means criminals are caught quickly. Most crimes are going to be crimes of opportunity. A wallet in a back pocket. A loosely secured purse. Something they can grab quick, and take what they want and dump the rest around the corner.

When I travel, I typically don’t take my full wallet. I’ll leave it behind at the hotel. I’ll then just take my hotel room key, ATM card, credit card and cash. London is almost entirely cashless, so you could even leave the cash out if you wanted.

Be aware when taking pictures. You might have someone “innocently” bump into you, who was actually pick pocketing you. Avoid walking alone in empty areas – and there won’t be many empty areas in London – it’s a crowded city. More than likely, you’re going to have a great time and won’t have to worry about any of this.

Your 24 Hour Guide to London Itinerary

The Tower of London is a UNESCO World Heritage Site, first constructed in 1078. It is accessible via Tower Hill or Tower Gateway stations.

At the Tower of London, you can take a tour of the White Tower, view the Crown Jewels, or see the Royal Armories.

My recommendation: view from the outside, and ensure to go down the steps to see the uncovered archaeological site.

Next up: Tower Bridge

A short walk away is Tower Bridge, our next destination in our guide to London. Often mistaken for London Bridge, Tower Bridge is a functional suspension bridge still in use today. It’s marvelous to look at during the day and magnificent at night while lit up. Don’t stop and buy the caramelized (or should I spell it caramelised) peanuts. Not only are they illegal traders, but also we’ll be heading to Borough Market soon where there will be plenty of food options!

Tower Bridge does offer “behind the scene” tours for those who want to see the inner workings of the bridge.

One of my favorite destinations in London, though be aware it is not open on Sundays. Dating back to the 12th century, Borough Market in London, England sells specialty foods – including rare meats like Kangaroo, and Ostrich – to your cheeses, fruits and vegetables. Ultimately my favorite are the numerous food stands.

Borough Market is one place to indulge. Take your time and walk the market. Purchase olive oils, your cheeses, and your spices you may not be able to get at home. And definitely take part in the numerous baked goods and food stands. Empanadas, pork, mac & cheese … they’ll have it all. My only suggestion: skip the burgers from Northfield Burgers. They’re just not good.

If you’re looking for a place to sit down near Borough Market, I highly recommend Lobos Meat & Tapas.

While more famous than Tower Bridge by name, London Bridge’s popularity doesn’t exactly match with the view. There’s really not a whole lot going on at London Bridge and there’s no real need to cross it from Borough Market. I suggest the furthest you get on London Bridge would be to stop by the Grind Coffee shop to refuel.

The Tate Modern is a free modern art gallery. Inside the Tate Modern you might find artwork from Warhol or Piccaso. Ultimately we are here for the view. The Tate Modern has a 4th floor view looking north to central London, with sights including the City of London, Big Ben, and St. Paul’s Cathedral. The viewing deck – like the Tate Modern – is free of charge.

To cross the River Thames we’re going to use the pedestrian bridge, the Millennium Bridge. Accessible from the river bank, you’re able to cross the river, and reach St. Paul’s Cathedral.

Incredibly beautiful architecture, and the location of many historic occasions, including Sir Winston Churchill’s funeral, Prince Charles and Lady Diana Spencer’s wedding, St. Paul’s Cathedral has stood in its current form since 1669. After being destroyed in the great fire of London, it was rebuilt with its renown dome.

Tickets to tour St. Paul’s Cathedral are subject to be available, so you should book ahead online.

Full of shopping, restaurants and… life in general, Covent Garden could be more than just a quick stop on your trip. You could easily spend an afternoon at a beer garden watching one of the many street performers — buskers as they’re called in the UK — entertaining crowds of people.

The market itself dates back to the 1200s, and while it’s a beautifully decorated, it’s not so much a functional market anymore. You’ll find it difficult to locate any local vendors, instead finding many worldwide chains. The TFL museum sits in the market square, and while we’re not stopping here on this trip, it is well worth a visit for those fascinated by transportation.

First, for my American friends: the pronunciation is like Lester. Not Lei-cester. Just Lester. The Brits, and to their credit, they did create the English language – but they like to just ignore certain letters in words. The letter C, and H are pretty much always blown right past and never pronounced. West Ham? Nah, West ‘am.

A note, the only place I ever ran into an attempted crime was in Leicester Square when someone attempted pick pocket me. I had my wallet on an inside pocket of my jacket, so the person was unsuccessful.

Fun fact: Trafalgar Square is named after a victorious battle over the French during the Napoleonic Wars. Throughout the square, you’ll find many of the statues commemorate historical figures in English history, including:

In addition to the statues and fountains, you’ll also see many foreign embassies surrounding the square, as well as the National Gallery.

I’ll warn about crimes of opportunity in Trafalgar Square. It’s another area that you’ll want to keep your personal items close to you, and in a safe location.

For the most entertainment, exit Trafalgar Square using the west exit to The Mall — a short street leading to Buckingham Palace. Enjoy the tranquility The Mall offers, as you’re now well into a chaotic single-day tour of London, and traversed many loud, stressful environments.

It is possible to book tours of Buckingham Palace, which can take upwards of 2 hours to complete.

Westminster Abbey is a church that dates back to 960, though the current architecture was rebuilt during the 13th century. Like St. Paul’s Cathedral, it has been the sight of many famous proceedings, including Prince William to Kate Middleton. As well, Stephen Hawking’s ashes are buried at Westminster Abbey, along with Charles Darwin and Isaac Newton, in what is known as Scientist’s Corner.

Tours of Westminster Abbey are available, but do sell out fast so book in advance.

Proudly lurking around the corner from is the Elizabeth Tower and Big Ben. Note, Big Ben is just clock, while the tower is known as Elizabeth Tower. Recently undergoing renovation and finally having the construction scaffolding removed after 4+ years, Big Ben is ready to show itself to the world again.

Built in 1859, and now the most popular landmark in London, Big Ben is one of our last stops in our tour of London. It’ll be busy, but I suggest taking photos from the bridge, as well as the western side of the Westminster Bridge on the south bank of the River Thames. On the south bank, you’ll have a great view of Big Ben and the Palace of Westminster, and almost no crowd obscuring your picture.

The last top in our guide to London. Note, the London Eye closes at 6pm post-COVID. Given the amount of stops we’ll have had prior to this, it’s unlikely you’ll be able to ride the London Eye. In the event that you are, you’ll want to pre-book your ticket, which is £29.50. The south bank of the River Thames has a lot going on around the London Eye, so if you do arrive later than 6pm, there’s still much to do. Stop by for a pint at All Bar One or grab a meal at my favorite chain restaurant, Wahaca.

The London Eye does have service on the Thames Clipper, the riverboat version of the tube. It’s slightly more expensive, but if you’re heading east back to your hotel and pass under Tower Bridge — our first stop — I can’t think of a better way to end the night.

How much should I expect to spend per day in London?

Ignoring shopping, and hotels, assume roughly £10 per day for tube fare, and £20 is a livable budget for food. It is possible to spend slightly less however not significantly so.

Can I skip any sights that I don’t want to see?

Yes, of course. None of these are absolutes and purely suggestions. If you wanted to save some time, I’d suggest finding those you don’t want to see and using a taxi or the tube to cut down on some of the walking.

Most tube stations are now handicap accessible, however places like Covent Garden do have cobbled streets which might make it uncomfortable or difficult to get around. It’s still very doable but you may need to make some adjustments to fit your needs.

Is London good for a solo traveller?

It depends. London can be very lonely; it’s just not the most outgoing city. If you’re not looking to meet new people, London is absolutely a great place for a solo traveller.

Do I need a COVID test to get into London?

It’s probably best to review the Entering the UK guidance before your trip to be sure of what the up to date COVID requirements are.